Join the Village of Legends players community!
We talk about rules, creative stuff and new tech!

Have a question? Post a comment, I will reply as soon as possible sharing my wisdom with you. 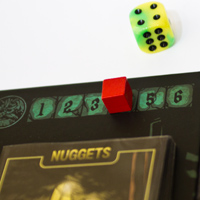 What the numbers in the top left and top right of the Market board represent?

They let you track how many turns a Hero is in berserk. 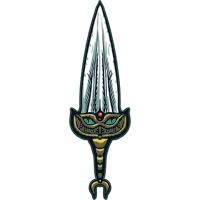 Can I choose to not use the secondary ability of a weapon?

No, you can decide to not use that card by discarding it, however if you play a card all secondary abilities take effect immediately after using it.

When a weapon is played: first the dice is rolled to determine the damage done by adding the bonus (or malus) indicated at the bottom left of the card. After this phase any secondary effects, written on the card, are applied.
If the player is not able to apply the effect on the card in that moment, then the effect is ignored.

Example 1: If the player plays a card with a “Draw a card” effect and he has no more cards to draw (for example they are all in play) and no cards in the discard pile to shuffle, then this effect is ignored.
Example 2: If during a player’s turn the hammer is played last then the player has no more cards to eliminate and so this effect is ignored.
Example 3: If the player does not have access to the market during his turn then any market effects are ignored
Pro tip: play the hammer last if you don't want to eliminate any cards from your hand. 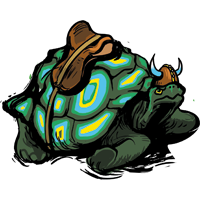 Giant Turtle: how does it work?

This monster does not attack, he is the only defensive monster. He is placed in front of any player (probably your ally or yourself) and acts as a defence card until killed with 4 damage. The Hero with a Giant Turtle can access to the market. The damage and experience work like other monsters he is succeptible to wounds and players gain experience by killing him. 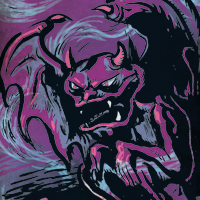 IMP: how does it work?

The Imp is a different monster because he attacks intelligence. Roll the Die and add 2, this is the total intelligence he takes away from the player he is attacking. 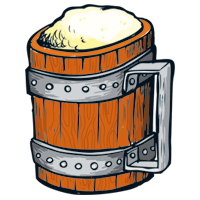 Can I drink more beer than I have intelligence, so can the dwarf drink three beers in one turn, giving him -1 intelligence total?

Yes he can, if additional beers has drunk during the berserk period, you gain also the 1LP but you have not to roll again the die again. 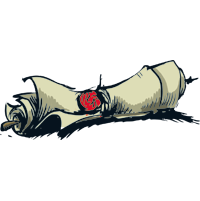 If the dwarf drinks a beer, giving him -1 intelligence, can he still read a scroll?

Yes he can, only the heroes with INT starting point 1 cannot read any scrolls. Dwarf can buy them if he has 10 coins left, or just to steal the purchase from his mage opponent and use the concentration scroll to draw another card. 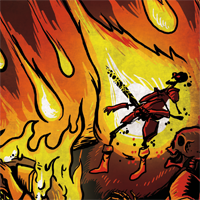 Does damage from spells that hit more targets carry over? For example, if I have a monster with two health and I cast Earthquake, hitting all monsters and opponents for five damage, does left opponent take 5 or 5-2+3=8 damage?

No. In this case, only the damage must be inflicted to the single monsters and the damage done by 'Earthquake' or 'Meteor Shower' is not carried over to the owner, since the player is already directly attacked. 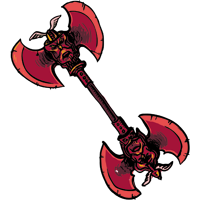 Is the Double Axe two attacks with one die, or a single attack with two dice?

Since Double Axe is a Heavy weapon, you can roll two dice in the same moment and inflict damage to: wandering monsters in front of you, your opponent's defences and your opponent LPs. 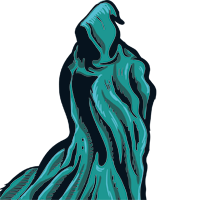 Armour that provides intelligence, is this only the turn they are played or is it every round they stay in play?

Each turn they are in play.

Are weapons discarded when played, or are they only discarded at the end of turn together with gold used to buy items?

All cards played from a player’s hand (money, weapons , spells, etc.) must remain on the table and will only be placed in the discarded pile only at the end of the turn. Purchased items go directly to the discard pile. 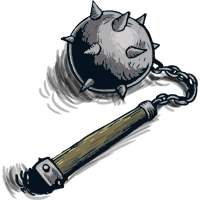 Do cards which make you discard cards from your hand (e.g. Axe or flail) make the owner of a monster discard cards or the player to the left?

The player on the left always discards when an axe is used, even if the monster/s are not his. 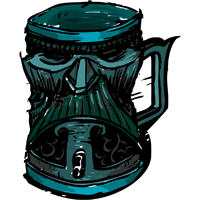 Can players with no intelligence bonus left still drink from the War Mug? 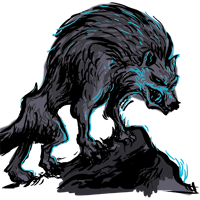 If I fail at my first attempt when trying to capture a tamable monster, can I try again on the same turn?

Yes you can try as many times as you want, since the money is spent only if you successfully capture the monster. Try again … at your own risk! 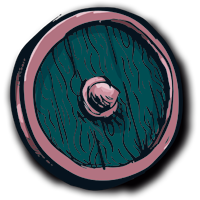 Can I use more than one shield or wall at the same time?

No, you can have a maximum of one shield and one wall equipped at any time. 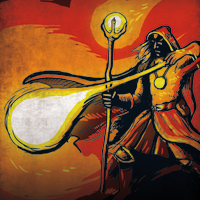 Fireball and Lightning VS Ball Lightning

These magic cards can be used on any player or any monster, even those in front of other players. However Ball lightning must only be used against the player to the left (or the monsters in front of you first) because it follows the regular order of play for heavy weapons and attacking spells.

Can you play a mind control to take control of a monster when you don’t have access to the market?

Yes, you can do whatever you want as long as it is sleeping.