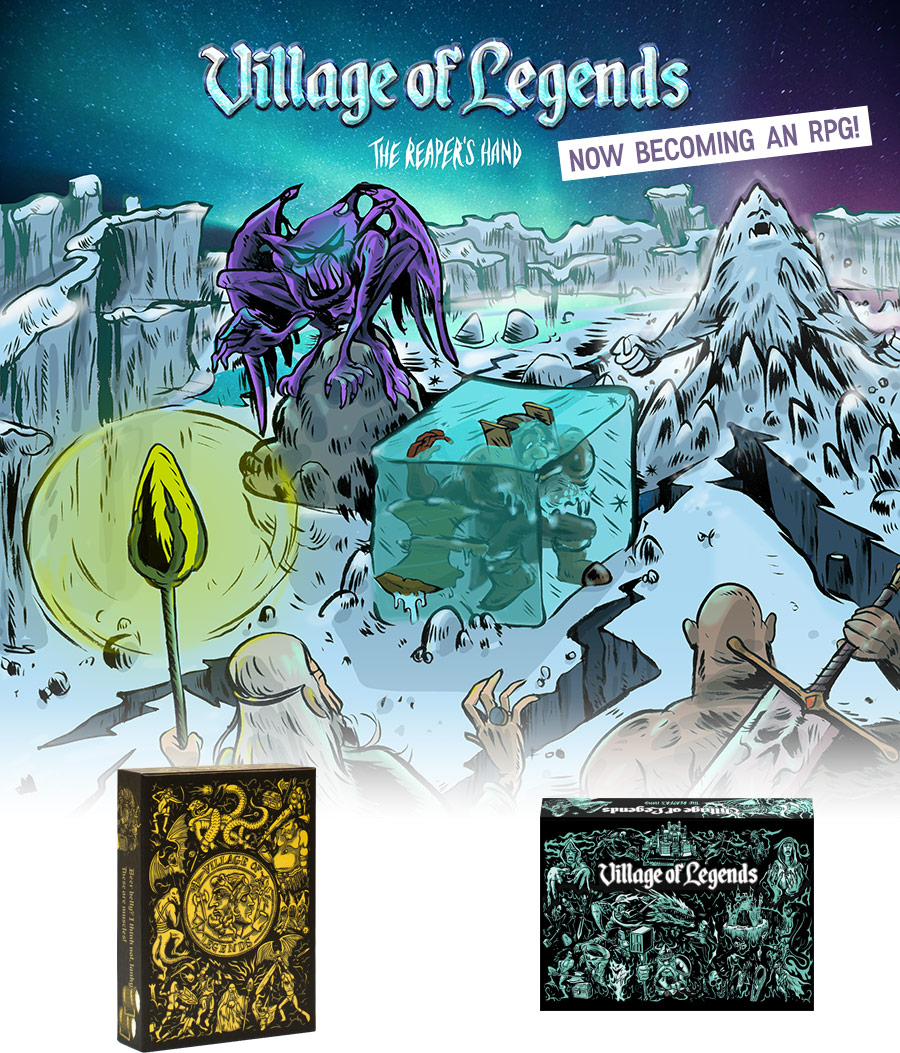 Village of Legends is a two to four player (6 player with expansion pack) deck building/dueling game where players choose a unique Hero and enhance them throughout the game by combining their individual skills with purchased items from the market including weapons, spells, scrolls, treasures and more.

The base game is available for purchase and can be on your gaming table in a few days!

Get the base game

You will be called on to make choices which will lead your Hero down numerous paths, bouncing from adventure to adventure and facing the quests leaded by the Adventure Book.

Try out the new campaign

Embark on the new campaign today and choose which path to follow to uncover the secrets of an ancient curse.

Players will be called on to make choices which will lead them down numerous paths, bouncing from chapter to chapter and facing the challenges based both their character type, the choices they have made and, as always, fate could rest on the roll of the dice.