During their adventures players will collect artifacts, food and other items found on mini cards.
The Inventory is an easily accessible backpack which contains all of the items dropped by Monsters or bought and gathered during their adventures. Every Hero can have up to a maximum of 5 mini cards in their inventory.
At any moment during their turn, even after a lethal attack, players can play one or more mini cards in their inventory. Items found on mini cards don’t require playing any Money cards to be added to a player’s inventory, however cards dropped in an area can’t be collected while is a Monster in that area.
Players have the possibility to trade these types of items with eachother. They can do this at any point of either player’s turn provided that neither player has Monsters in front of them.
At the end of the play session players must note on their own “Hero Sheet” the cards which they have accumulated.

Light Items
Some items do not require space in the inventary because of their small size. Light items must be noted in the “light items” section on the Hero Sheet when the play session is over.

Food cards
Food cards are consumable items which provide different kinds of bonuses. Food items are one-time use items that must be discarded after use. When a player decides to consume provisions and play a food card all effects described on the back of that card are applied. When a

icon is present on the back of the card, a roll will determine the loot cards.

Chicken - Food card
This Special card is a Defensive Monster which can be eaten once killed. When you get hungry play this card in front of your Hero as a Defensive Monster.
When a player or a Monster kills the Chicken turn over the card and put it in your inventory, ready to be eaten in the way described on the back of the card. 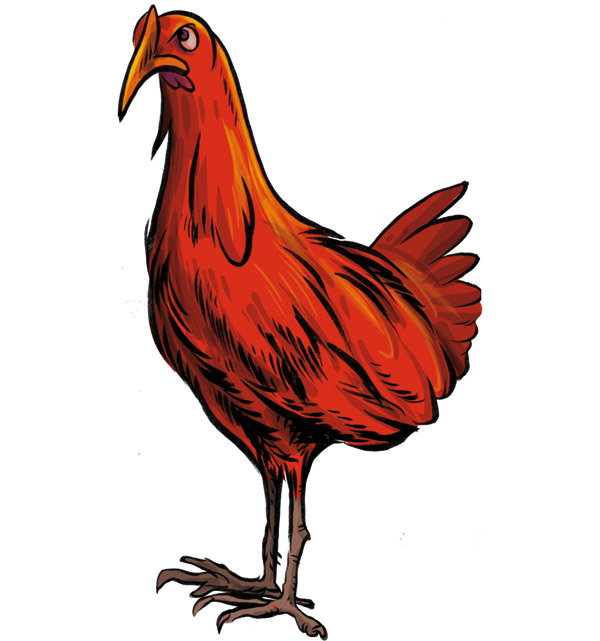 Resources
Cumulative Resources like Log, Leather, Lizard skin, Demon Skin and Dragon scales are not represented by mini cards.
Once found they must be noted in the Hero Sheet provided. Resources don’t require playing any Money cards to be added to a player’s inventory.
Resources can be stacked up and when found should be recorded on the Hero Sheet.

During their journey, Heroes might even meet friendly people who help them on the way and join the party. Allies, found on mini cards, normally give some kind of bonus to the whole party however each Ally must be entrusted to a single player and that card is placed close to their Hero character board. That player will be called their ‘Master’. If an Ally gets wounded, their Master can play Potion cards to cure him during their turn while anyone can play healing Spells on an Ally. There is no limit on the number of Ally cards entrusted to a single Hero. If an Ally is reduced to 0 Life Points it is killed and the card is discarded. If a player dies their allies will move beside another party Hero (you chose, or roll a die). If instructed to draw an Ally card which is already in play, no card is drawn.

Agril Twilighthand
When a Trap! or Door Adventure card is drawn (cards #38, #39, #41 or #50 of this expansion), if Agril Twilighthand is in the party roll a die: if you roll 5 or 6 discard that card and draw the next one from the Adventure deck.

Billy the Orphan
This faithful squire serves his Master by holding their Weapon, ready for battle.
At any point during your turn, if Billy is not already holding a Weapon, you can sheath up to one Weapon card from your hand. Place that Weapon on the bottom of this card. When you play that Weapon, unlike a Sheath card, Billy isn’t discarded. The Weapon held by Billy the orphan is carried over from one adventure to another. If he dies put any Weapon card held into the discard pile of his Master.

Dwarf King
Place this card on the left of any player. This ally will take his turn before them.
Without increasing party size (

) he gets attacked by Monsters.
His Master (even though kings have no master) rolls the die to attack the Monsters present in the Dwarf King area, which is separate from his Master’s area.

The XP points gathered by Monsters killed by Dwarf King are lost. 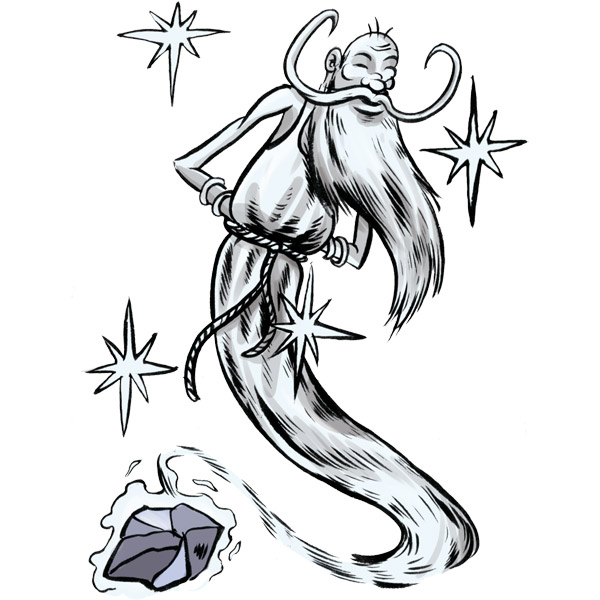 Once per adventure you may look at the top card of the Adventure deck and choose whether or not to shuffle.

Honoli Goblinsquasher
Before drawing an Adventure card you may place this card on the left of his Master. If you do so, he will take his turn after that player’s turn. Without increasing party size (

), he gets attacked by Monsters of the next encounter. After Monsters attack, his Master rolls the die to attack all the Monsters present in Honoli’s area, which is separate from his Master’s area.
Any remaining damage done by Honoli after having defeated all Monsters in his area is lost.

The XP points gathered by Monsters killed by Honoli are lost.

Tenebre
Thanks to her extreme agility this tenacious beast can’t be attacked.
Once per adventure, during her Master’s turn and after the Monsters attack, Tenebre makes a heavy attack in a single chosen area.
Damage done by Tenebre after having defeated all Monsters in that area is carried over to a second area of player’s choice but not a third.

Wicce
This grisly woman possesses magic powers and may help Heroes to get out of bad situations.
Once per adventure, during her Master’s turn and after the Monsters attack, players may invoke her help.
If they do so, Wicce will attack as described on the back of the card. The Spell cast by Wicce is a Earth attack (Earthquake) or a water healing Spell (Hands of Life).

The XP points gathered by Monsters killed by Wicce are lost.