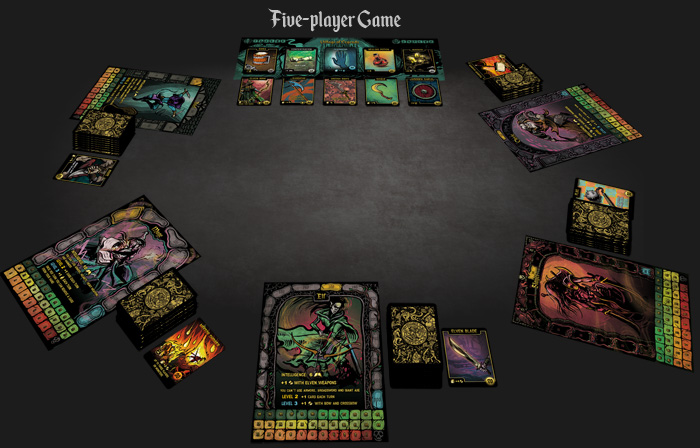 On the first turn the first player must draw only 3 cards instead of 5. On the first turn the second player must draw only 4 cards instead of 5.
When played in 5 player mode, it’s every man for himself, however each player has two allies, the player to his right and the player to his left at the start of the game. There are no restrictions on attacks. weapons, spells and monsters can be used on any player and monster. 5 player mode requires a higher level of tactical planning and even some bluffing if you want to survive.
The first player to kill his two enemies wins the game. 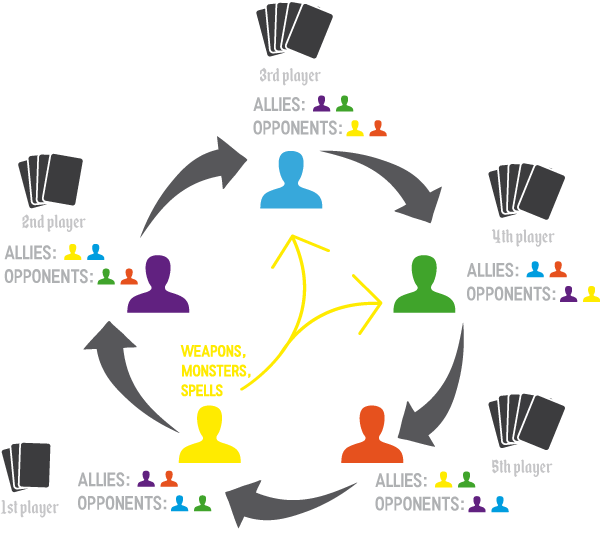