The game becomes even more fun with four players!
Players divide into two teams and have to join forces and strengths and when needed even sacrifice themselves to defeat the other team.

On the first turn the first player must draw only 3 cards instead of 5. On the first turn the second player must draw only 4 cards instead of 5.
Weapon attacks are always used on the player to the left. It will be possible to heal your teammate, defend him from attacks using monsters and to use various strategies to achieve victory!
If a 4-player game if one player is left standing in a team, they are free to chose any target for their attacks.
A team wins when they have eliminated the other team from the game. 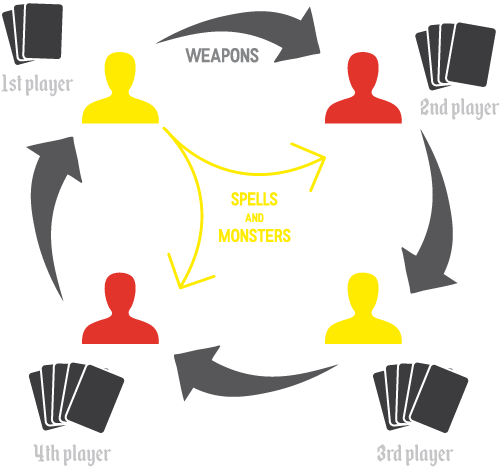