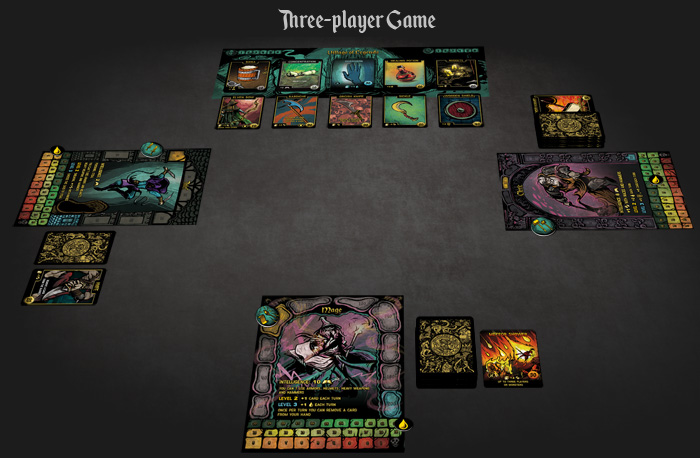 Each man for himself

On the first turn the first player must draw only 3 cards instead of 5. On the first turn the second player must draw only 4 cards instead of 5.
Each player must only use weapons on the player sitting to his left. However players can use spells (when allowed) on any chosen opponent or Monster. Generally a player places monsters on his right to defend from incoming attacks however is not limited as to where he can place them.
A player wins when they have eliminated all of their opponents from the game. 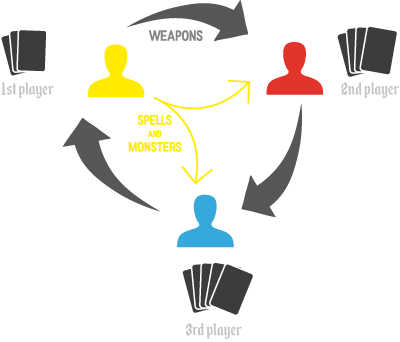